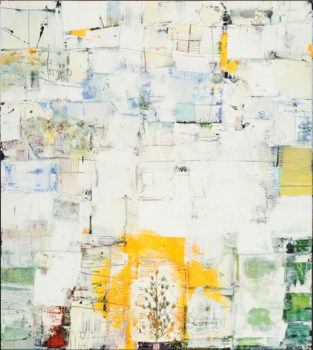 
Matsuyama, my hometown where I came back alone after retirement leaving my family in Tokyo in April 2014, (which was not my will though…) is a mecca of haiku (5-7-5 syllable poem). I am never a haiku-person but once it happened to me to join a nearby haiku circle in April 2017. And this is the very first piece I have ever composed in my life…「ボケ老人俳句歌いつ徘徊す」… “No joke!”, only to get scolded. I know this cannot be a haiku, being out of traditional authenticity. I just made fun of myself pretending to be a man of senility, punning in sarcasm. Silly though, I really needed such jokes back then…sorry.

“Find me. Find yourself in me. Here is the path.” …Sorry again. The second “haiku” was spoken in English. No way in English, but this is not a joke. I don’t know what to say. This “haiku” is what I heard from a weed…Mary, I think. I really don’t care if you believe this personification of deity or not, but just listen to my story, please. I was taking a walk someday in May 2017, being worried about my miserable situation here in Matsuyama, when something diverted me to take an unusual course. There was no other trodden way. I waded through the bush into the woods. After a while, suddenly I came in to a spot. It felt somewhat brighter there in total serenity. Then I heard a voice calling me. I turned around towards the voice. Nobody was there but I found an unknown tiny weed standing stark alone. And it spoke to me! …“Find me. Find yourself in me. Here is the path.” … I took it, hurried back to my studio and completed the work by putting it in the aureole. Then I titled this work－Path. 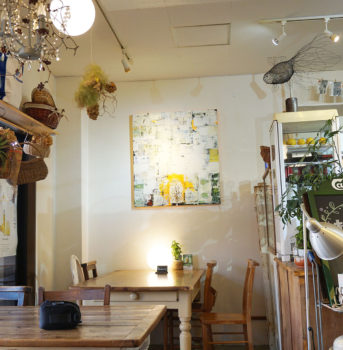 At a nearby café bar restaurant 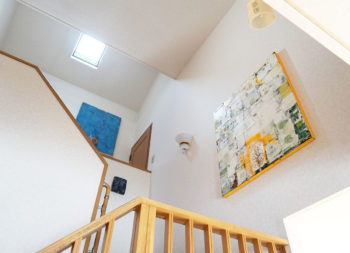 In my studio house

I step up to my studio looking at Path as Ryu-jinjya watches me, then Stray is to chase after me.