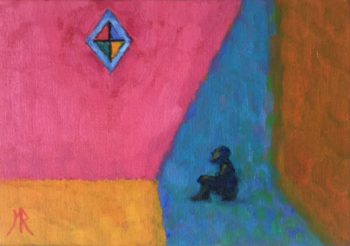 Miran Rin was born in Japan in 1982.
She is self taught artist and most of art education
was given by her father Chunhyong Rin, oil painter.
A presence of individual in the society is main subject of her art works.
She uses oil material mainly.

2010,after Indian trip,series “Untouchables presence in Japanese society “were created and exhibited at O Gallery Ginza,Tokyo.
2014 Series “Fukushima”based on an experience of short trip to a disaster area by nuclear power accident in Fukushima were not only exhibited at Iwaki culture center in Fukushima prefecture,2015 it was crossed over the sea and reached to
Look Out Gallery ,Vancouver, Canada.